Thoughts on Being and Becoming, Inspired by Qanon “News”


As a preface, let me say that writing a news story like the one I just saw, about QAnon, the conspiracy theory which maintains that many in America’s “liberal elite” are secretly child sex-traffickers and even cannibals, isn’t insane. At this point, the fact of this amorphous group’s deranged popularity, in some part of American society, may be a legitimate topic for a journalist. What is insane is the content of the QAnon fantasy!

The psychology of conspiratorial fabrication

Dr. Carl Jung expounded at great length upon the reasons why a person who doesn’t look within to integrate aspects of consciousness and become aware of subconscious “shadow” or forbidden material, becomes vulnerable to projecting his or her blind spots onto others.*

In times when a single basic worldview is more or less universal, many things can be discussed and negotiated. Our times no longer seem to be like that!

Part of this is because of the proliferation of mutually-exclusive points of view on cable news or opinion stations. But I remember way back in the late 1960s, making some comment to my therapist about a poem, to which she replied, “But nowadays, poets seem to write only for other poets.” And I remember that as a marker that the fragmentation had already begun. Shared meaning had already begun to break down into small groups, each with its own vocabulary and understanding.

Now, of course, that process is exponential. If there’s a word for the exponential itself being increased exponentially, maybe even that.

The prevalence of Maya

In short, Maya appears, at the moment, to be triumphing. Jung would have a field day, were he alive, explaining how fantasies that have no substance can proliferate as they have, in an atmosphere of fear and ignorance.

Germany of the 1930s has been diagnosed as having been a “psychotic country,” although in the 1920’s it had, like contemporary America, been one of the most progressive and socially “advanced” nations on Earth.

In such fevered atmospheres, the time comes when one can only pray, and try to keep one’s own house and psyche in order, for one’s own benefit and as an example to others. This is all part of a “passing show,” and someday, it too will pass.

However, the world, from what the Wise Ones have told us, will never be the place we dream of it being. A wise man in India told a friend of mine once, back during those days when we felt a New Age was just around the corner and even peeking over the horizon: “Even if there is Peace for 1,000 years—there will still be war!”

There are two states: Being and becoming. This world, it seems, in spite of my fondest hopes and longings—in spite of “moments,” of beautiful sunrises, of the feeling of joy and unity in Nature, and in the heroic and loving acts of beings here, human and otherwise, if you’ve seen some recent animal videos—this world is the world of becoming. It’s perpetually in flux, though there are oscillations in the amount of flux.

And yet, that proposition is not really acceptable to the human spirit. We need this to be paradise! Even Jesus told humans to pray:

Thy Kingdom come. Thy Will be done
on Earth as it is in Heaven.

And how can we not? This world, in its insubstantiality and flux, is simply not satisfactory to our aspirations. It motivates at least some of us to try to live that life, in spite of formidable obstacles, including even the assassination of some who do step in to try and improve things.

Yet, our ideals have meaning. I’m fortunate to have known many people who have physically met one or several of those who have come from the world of Being, to remind us how to live. These figures, too, are crucified, literally or figuratively. It’s always an enormous sacrifice for them to come, but out of compassion, they do.

If these messengers didn’t come … if we didn’t have the examples of Christ, Buddha, Krishna, Abraham and others, including the true Sages of our own time, I don’t think we’d make it. I don’t think we’d survive without the boost they give, from which all of us, knowingly or not, benefit. 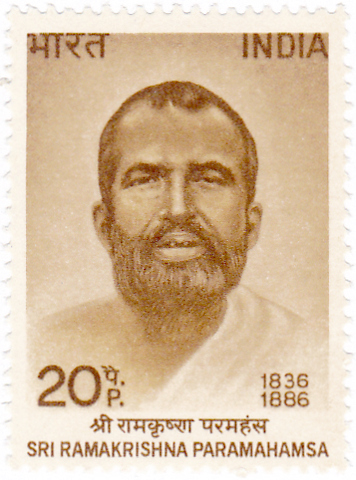 I believe we will survive. I don’t know what we’ll ultimately have to go through, to survive. Furthermore, although our bodies inevitably die, I do have it on pretty good authority that the spirit of each of us—our true essence—really is immortal! And the non-immortal part of us is like a husk that gradually becomes ready to be shed, as that kernel of immortality ripens.

Whether here on Earth, or on “another Earth,” or in the “Beyond-Beyond,” which I don’t even begin to fathom (See the Teaching Story about that in the text box below, told by Sri Ramakrishna, a great Sage of 19th-century India), the real Self of each of us really will live forever!

So ultimately, Being, not becoming, is the state that we’re being readied for, through all that we experience in this transitory world: the sweet, the sour and the bitter, until we are fully “ripe.” And as Ramakrishna also said, “When the fruit is ripe, it falls off the tree by itself.” About teaching/sharing the Truth here on Earth, he said another sublime thing: “When the lotus opens, the bees come of their own accord to seek the honey.”

He spoke so beautifully! As one scholar said later, “Ramakrishna was an illiterate village peasant, but learned scholars came from all over the world to sit at his feet, and many of them didn’t really understand a word he said!”

Here’s the story told by Ramakrishna, mentioned above. (And here’s a Treasury of the parables he told, which I think any of us would benefit from sitting down and reading straight through … they’re so simple, so masterfully told and so profound!

Four Friends Looked Beyond Once

Four friends, in the course of a walk, saw a place enclosed by a wall. The wall was very high. They all became eager to know what was inside.

One of them climbed to the top of the wall. What he saw on looking inside made him speechless with wonder. He only cried, “Ah! Ah!” and dropped in. He could not give any information about what he saw.

The others too climbed the wall, uttered the same cry, “Ah! Ah!” and jumped in. Now who could tell what was inside!

_________
* Late in his life, Dr. Jung wrote a book called Flying Saucers: a Modern Myth of Things Seen in the Sky. The symbology is much different than the QAnon phenomenon (not as sinister), but it illustrates how Jung views things. Rather than treat the frequent UFO sightings of the 1940s and ’50s as physical events (though he did read all the books he could find on the topic), Jung interpreted the entire phenomenon in terms of what he perceived to be deeper psychological and archetypal dynamics.) An article about his book on the subject quotes him: “At a time when the world is divided by an iron curtain … we might expect all sorts of funny things, since when such a thing happens in an individual it means a complete dissociation, which is instantly compensated by symbols of wholeness and unity.” It was very relevant to Jung that the shape of the flying saucers was round, the shape of the ancient Mandala, a symbol of wholeness throughout history (bold type added). I add this as a simple example of Dr. Jung’s “angle of vision” on phenomena.

«RELATED READ» TO BE AND TO LOVE: A remarkable and inspiring time to be alive»